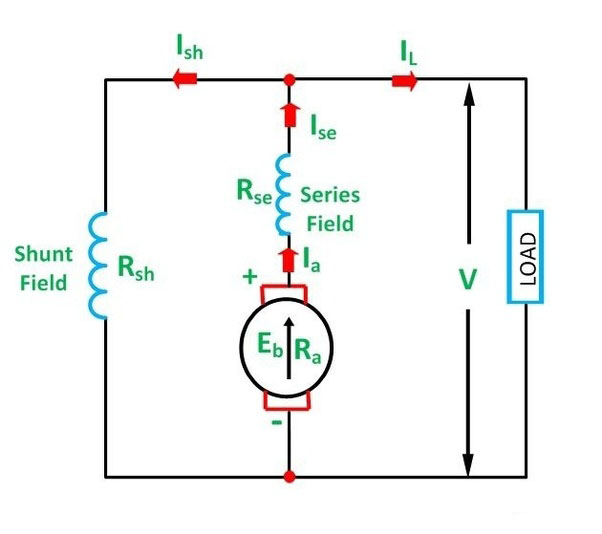 In this type, shunt field winding is connected across the series combination of armature and series field winding as shown in the Fig. 1.

Voltage and current relations are as follows.

And voltage equation is,

Voltage and current relations are as follows.

Neglecting Vbrush , we can write,

Any of the two above expression of Ish can be used, depending on the quantities known while solving the problems.

It is mentioned earlier that the two windings, shunt and series field are wound on the same pole. Depending on the direction of winding on the pole, two fluxes produced by shunt and series field may help or may oppose each other. This facts decides whether generator is cumulative or differential compound. If the two fluxes help each other as shown in Fig. 3 the generator is called cumulative compound generator.

If the two windings are wound in such a direction that the fluxes produced by them oppose each other then the generator is called differential compound generator. This is shown in the Fig. 4.