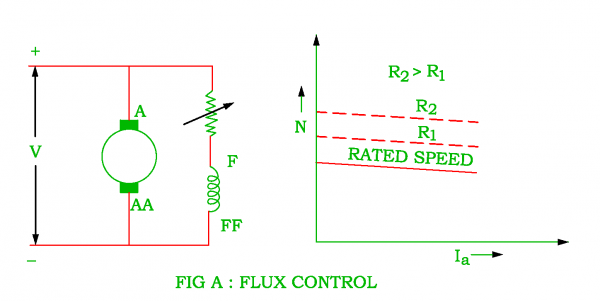 Thus by this method, the speed control above rated value is possible. This is shown in the Fig. 2, by speed against field current curve. The curve shows the inverse relation between N and ? as its nature is rectangular hyperbola. 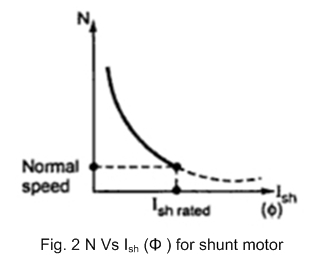 It is mentioned that the rated values of electrical parameters should not be exceeded but the speed which is mechanical parameter can be increased upto twice its rated value.

1. The speed control below normal rated speed is not possible as flux can be increased only upto its rated value.
2. As flux reduces, speed increases. But high speed affects the commutation making motor operation unstable. So there is limit to the maximum speed above normal, possible by this method.