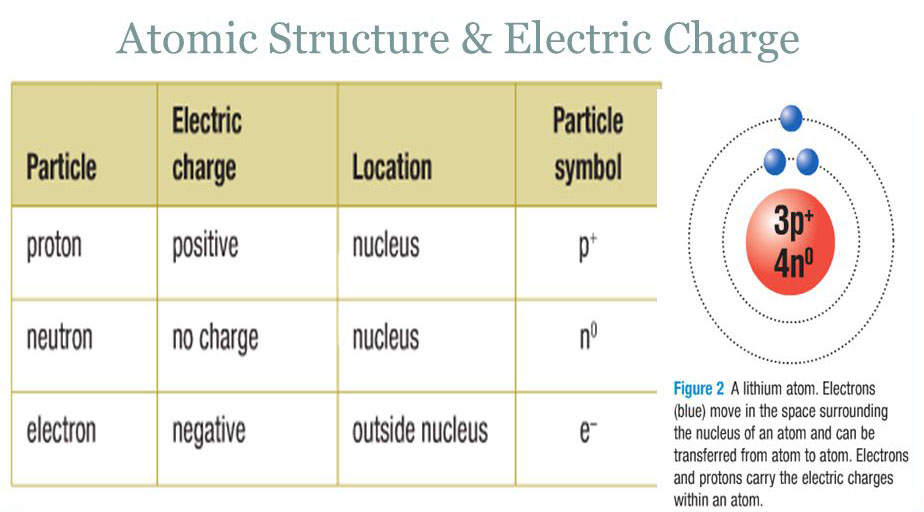 Several theories have been developed to explain the nature of electricity. The modern electron theory of matter, propounded by scientists Sir Earnest Rutherford and Niel Bohr considers every matter as electrical in nature. According to this atomic theory, every element is made up of atoms which are neutral in nature. The atom contains particles of electricity called electrons and protons. The number of electrons in an atom is equal to the number of protons.

Any charge is an example of static electricity because the electrons or protons are not in motion. You must have seen the effect of charged particles when you comb your hair with a plastic comb, the comb attracts some of your hair. The work of combing causes friction, producing charge of extra electrons and excess protons causing attraction.

Charge in motion is called electric current. Any charge has the potential of doing work, i.e., of moving another charge either by attraction or by repulsion. A charge is the result of separating electrons and protons. The charge of electrons or protons has potential because it likes to return back the work that was done to produce it.