Transformer With Resistance And Leakage Reactance

Transformer With Resistance And Leakage Reactance 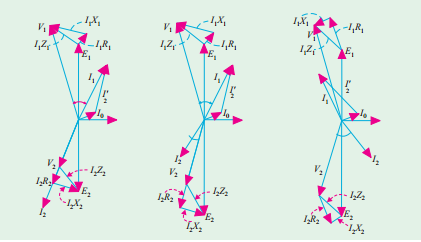 From Figure 1.33, the total input impedance between input terminals becomes

is the impedance of the exciting circuit.

R0, X0, R01 and X01 are the four important parameters of the transformer. From open circuit and short circuit test of a transformer, R0, X0and R01, X01 can be determined respectively.