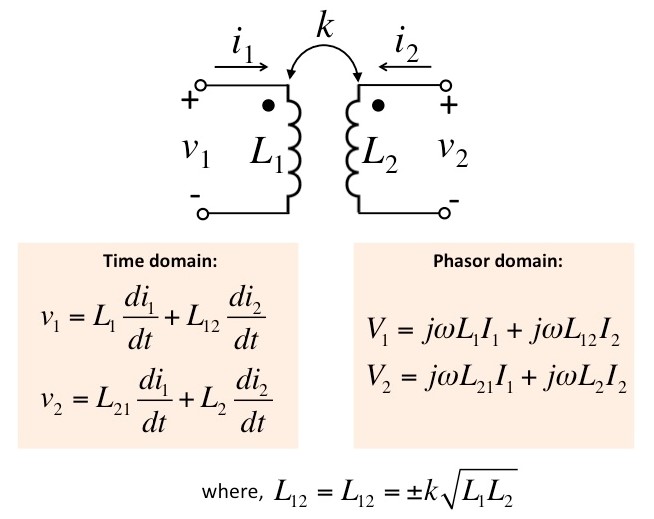 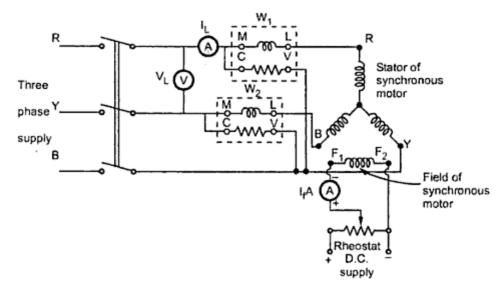 Consider a coil having N turns carrying current i as shown in the Fig. 1.

Key Point : the self induced e.m.f. lasts till the current in coil is changing. The direction of such induced e.m.f. is such that it opposes the cause producing it i.e. change in current.

The negative sign indicates that the direction of the e.m.f. is opposing change in current due to which it exist

The flux Φ can be expressed as,

Key point : The coefficient of self inductance is defined as the flux linkages per ampere current in it. Its unit is Henry (H).

Consider two coils which are placed very close to each other as shown in the Fig. 2.

Let coil 1 has N1 turns, while coil 2 has N2 turns. The current flowing through coil 1 is i1. Due to this current, the flux produced in coil 1 is Φ1. The part of this flux links with coil 2. This flux is called mutual flux.

It is denoted by Φ21 a sit is a part of flux Φ1 linking with coil 2. When current through coil 1 changes, the flux produced in coil 1 i.e. Φ1 changes. Thus flux associated with coil 2 i.e. Φ21 changes. So according to the Faraday’s law, there will be induced e.m.f. in coil 2.

According to Faraday’s law, the magnitude of the induced e.m.f. is given by,

If the permeability of the surroundings is assumed constant then Φ21α    i1 and hence Φ21/i is constant.

Putting value of dΦ21/dt in equation (7), the magnitude of the induced e.m.f. can be written by as,

Here the constant term (N2 Φ21/i1)is defined as coefficient of mutual inductance and it is denoted by M.

Then equation (9) can be written as,

Thus equation (10) indicates the magnitude of the e.m.f. induced in coil 2 as a function of change in current in coil 1.

Key Point : The coefficient of mutual inductance is the property by which e.m.f. gets induced in a coil because of change in current in other coil. It is also called mutual inductance and it is measured in Henry (H).

Let us consider two coils having self inductance L1 and L2 placed close to each other as shown on the Fig.3.