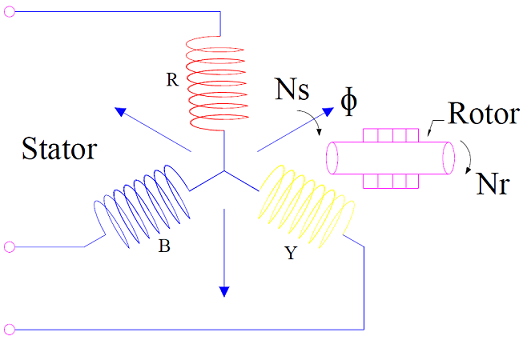 The percentage slip is expressed as,

In terms of slip, the actual speed of motor (N) can be expressed as,

At start, motor is at rest and hence its speed N is zero.

Practically motor operates in the slip range of 0.01 to 0.05 i.e. 1 % to 5 %. The slip corresponding to full load speed of th motor is called full load slip.

Example 1 :
A 4 pole, 3 phase induction motor is supplied from Hz supply. Determine its synchronous speed. On full load, its speed is observed to be 1410 r.p.m. calculate its full load slip.

Solution : Given values are,

Solution : Given values are,