Why Implement The Smart Grid Now?

Why Implement The Smart Grid Now? 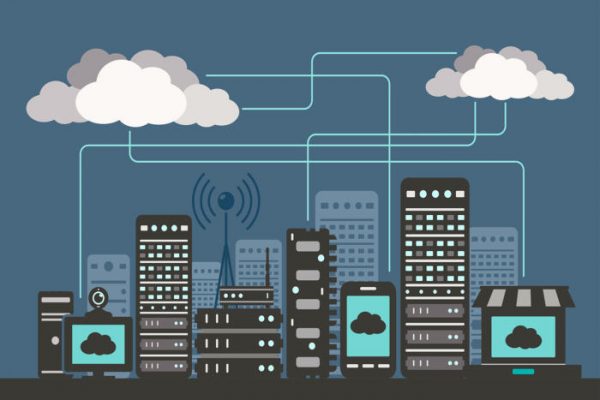 Since about 2005, there has been increasing interest inthe Smart Grid. The recognition that ICT offers significantopportunities to modernise the operation of the electrical networks hascoincided with an understanding that the power sector can only bede-carbonised at a realistic cost if it is monitored and controlledeffectively. In addition, a number of more detailed reasons have nowcoincided to stimulate interest in the Smart Grid.

In many parts of the world (for example, the USA andmost countries in Europe), the power system expanded rapidly from the1950s and the transmission and distribution equipment that was installedthen is now beyond its design life and in need of replacement. Thecapital costs of like-for-like replacement will be very high and it iseven questionable if the required power equipment manufacturing capacityand the skilled staff are now available. The need to refurbish thetransmission and distribution circuits is an obvious opportunity toinnovate with new designs and operating practices.In many countries the overhead line circuits,needed to meet load growth or to connect renewable generation, have beendelayed for up to 10 years due to difficulties in obtainingrights-of-way and environmental permits. Therefore some of the existingpower transmission and distribution lines are operating near theircapacity and some renewable generation cannot be connected. This callsfor more intelligent methods of increasing the power transfer capacityof circuits dynamically and rerouting the power flows through lessloaded circuits.

Thermal constraints in existing transmission anddistribution lines and equipment are the ultimate limit of their powertransfer capability. When power equipment carries current in excess ofits thermal rating, it becomes over-heated and its insulationdeteriorates rapidly. This leads to a reduction in the life of theequipment and an increasing incidence of faults. Ifan overhead line passes too much current, the conductor lengthens, thesag of the catenary increases, and the clearance to the ground isreduced. Any reduction in the clearance of an overhead line to theground has important consequences both for an increase in the number offaults but also as a danger to public safety. Thermal constraints dependon environmental conditions, that change through the year. Hence theuse of dynamic ratings can increase circuit capacity at times.

Any power system operates within prescribed voltage andfrequency limits. If the voltage exceeds its upper limit, the insulationof components of the power system and consumer equipment may bedamaged, leading to short-circuit faults. Too low a voltage may causemalfunctions of customer equipment and lead to excess current andtripping of some lines and generators. The capacity of many traditionaldistribution circuits is limited by the variations in voltage that occurbetween times of maximum and minimum load and so the circuits are notloaded near to their thermal limits. Although reduced loading of thecircuits leads to low losses, it requires greater capital investment.Since about 1990, there has been a revival ofinterest in connecting generation to the distribution network. Thisdistributed generation can cause over-voltages at times of light load,thus requiring the coordinated operation of the local generation,on-load tap changers and other equipment used to control voltage indistribution circuits. The frequency of the power system is governed bythe second-by-second balance of generation and demand. Any imbalance isreflected as a deviation in the frequency from 50 or 60 Hz or excessiveflows in the tie lines between the control regions of very large powersystems. System operators maintain the frequency within strict limitsand when it varies, response and reserve services are called upon tobring the frequency back within its operating limits [1]. Underemergency conditions some loads are disconnected to maintain thestability of the system.

Renewable energy generation (for example. windpower, solar PV power) has a varying output which cannot be predictedwith certainty hours ahead. A large central fossil-fuelled generator mayrequire 6 hours to start up from cold. Some generators on the system(for example, a large nuclear plant) may operate at a constant outputfor either technical or commercial reasons. Thus maintaining thesupply–demand balance and the system frequency within limits becomesdifficult. Part-loaded generation ‘spinning reserve’ or energy storagecan address this problem but with a consequent increase in cost.Therefore, power system operators increasingly are seeking frequencyresponse and reserve services from the load demand. It is thought thatin future the electrification of domestic heating loads (to reduceemissions of CO2) and electric vehicle charging will lead to agreater capacity of flexible loads. This would help maintain networkstability, reduce the requirement for reserve power from part-loadedgenerators and the need for network reinforcement.

Modern society requires an increasingly reliableelectricity supply as more and more critical loads are connected. Thetraditional approach to improving reliability was to install additionalredundant circuits, at considerable capital cost and environmentalimpact. Other than disconnecting the faulty circuit, no action wasrequired to maintain supply after a fault. A Smart Grid approachis to use intelligent post-fault reconfiguration so that after the(inevitable) faults in the power system, the supplies to customers aremaintained but to avoid the expense of multiple circuits that may beonly partly loaded for much of their lives. Fewer redundant circuitsresult in better utilisation of assets but higher electrical losses.

Many national governments are encouraging Smart Gridinitiatives as a cost-effective way to modernise their power systeminfrastructure while enabling the integration of low-carbon energyresources. Development of the Smart Grid is also seen in many countriesas an important economic/commercial opportunity to develop new productsand services.

The Chinese government has declared that by 2020 thecarbon emission per-unit of GDP will reduce to 40∼45 per cent of that in2008. Other drivers for developing the Smart Grid in China are thenation’s rapid economic growth and the uneven geographical distributionof electricity generation and consumption.The State Grid Corporation of China (SGCC) hasreleased a medium–long term plan of the development of the Smart Grid.The SGCC interprets the Smart Grid [2] as“a strong and robust electric power system, which isbackboned with Ultra High Voltage (UHV) networks; based on thecoordinated development of power grids at different voltage levels;supported by information and communication infrastructure; characterisedas an automated, and interoperable power system and the integration ofelectricity, information, and business flows.”

The SmartGrids Technology Platform of the European Union(EU) has published a vision and strategy for Europe’s electricitynetworks of the future [3]. It states:“It is vital that Europe’s electricity networks areable to integrate all low carbon generation technologies as well as toencourage the demand side to play an active part in the supply chain.This must be done by upgrading and evolving the networks efficiently andeconomically.”The SmartGrids Technology Platform identified thefollowing important areas as key challenges that impact on the deliveryof the EU-mandated targets for the utilisation of renewable energy,efficiency and carbon reductions by 2020 and 2050:

In 2009, the Japanese government declared that by 2020carbon emissions from all sectors will be reduced to 75 per cent ofthose in 1990 or two-thirds of those in 2005. In order to achieve thistarget, 28 GW and 53 GW of photovoltaic (PV) generations are required tobe installed in the power grid by 2020 and 2030. The Ministry ofEconomy, Trade and Industry (METI) has set up three study committeessince 2008 to look into the Smart Grid and related aspects. Thesecommittees were active for a one-year period and were looking at thelow-carbon power system (2008–2009), the next-generation transmissionand distribution network, the Smart Grid in the Japanese context(2009–2010) and regulatory issues of the next-generation transmissionand distribution system (2010–2011). The mandate given to thesecommittees was to discuss the following technical and regulatory issuesregarding the large penetration of renewable energy, especially PVgeneration, into the power grid:

Further, a national project called ‘TheField Test Project on Optimal Control Technologies for theNext-Generation Transmission and Distribution System’ was conducted by26 electric utilities, manufacturing companies and research laboratoriesin Japan in order to develop the technologies to solve these problems.Since the Tohoku earthquake on 11 March 2011, theSmart Grid has been attracting much attention for the reconstruction ofthe damaged districts and the development of a low-carbon society.

The Department of Energy and Climate Change document Smarter Grids: The Opportunity[4] states that the aim of developing the Smart Grid is to provideflexibility to the current electricity network, thus enabling acost-effective and secure transition to a low-carbon energy system. TheSmart Grid route map [5] recognises a number of critical developmentsthat will drive the UK electrical system towards a low carbon system.These include:

According to Public Law 110–140-DEC. 19, 2007 [6], the United States of America (the USA)“is supporting modernisation of the electricitytransmission and distribution networks to maintain a reliable and secureelectricity infrastructure that can meet future demand growth and toachieve increased use of digital information and controls technology;dynamic optimisation of grid operations and resources; deployment andintegration of distributed resources and generation; development andincorporation of demand response, demand-side resources, andenergy-efficient resources; development of ‘smart’ technologies formetering, communications and status, and distribution automation;integration of ‘smart’ appliances and consumer devices; deployment andintegration of advanced electricity storage and peak-shavingtechnologies; provisions to consumers of timely information and controloptions and development of standards for communication andinter-operability.”

Related Posts
What Is The Smart Grid?
Categories