To determine the rise of maximum temperature of a transformer, its load test is of utmost importance. Using suitable load impedance, small transformers can be put on full load. The full-load test of large transformers is not possible because considerable wastage of energy occurs and it is difficult to get a suitable load for absorbing full-load power. Sumpner’s test is used to put large transformer on full load. This test can also be used to determine the efficiency of a transformer. Figure 1.45 shows the schematic diagram of Sumpner’s test. This test is also known as back to back test or load test. 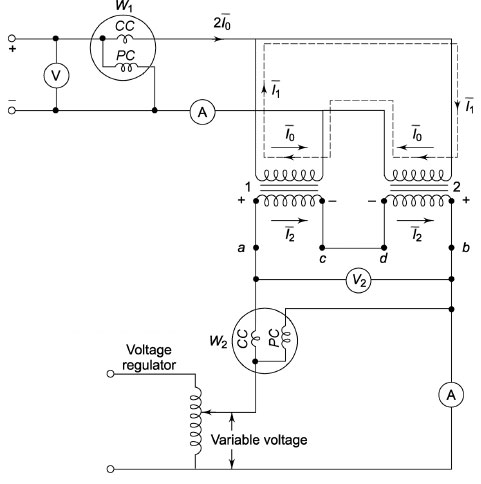